Fish Species off the Virginia Coast & Their Seasons
The Mid-Atlantic fishing region is perfect year round, because the water contains both fish migrating from the north, and the species that migrate from the south.
Below are just some of the fish species of Virginia Beach. 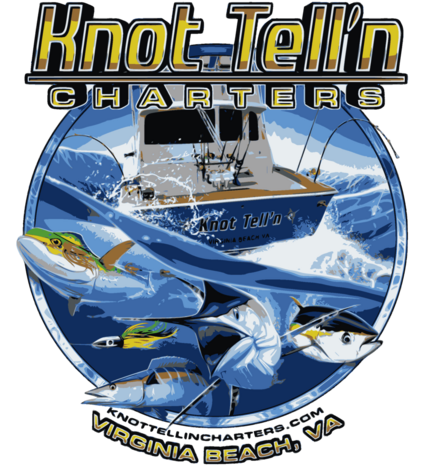 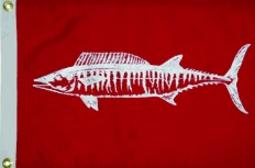 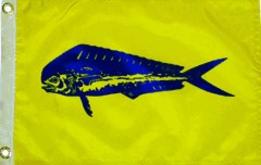 Are You Ready to Catch Some Fish?

Deep Sea Fishing - The waters around Virginia Beach is a haven for deep sea & Offshore fishing anglers. In fact, it provides the best saltwater Inshore & offshore fishing of all the Mid-Atlantic. You can choose to fish in the   Chesapeake Bay, around the Chesapeake Bay Bridge Complex, in tidal creeks and rivers, over shallow flats, or in deep channels. Or Choose To chase that "fish of a lifetime" in the deep blue Offshore waters of the Norfolk Canyon.
The Chesapeake Bay also has numerous wrecks and other forms of bottom structure, which are great places to catch fish.

Some Anglers might prefer to set their sights on inshore fishing just off the beaches. The third type of Virginia Beach fishing is offshore Fishing, which includes deep sea or drop fishing over and around   wrecks and scattered debris.

The Chesapeake Light Tower, thirteen miles offshore, is another amazing fishery. If you want to fish really deep water, there are the Norfolk Canyon and the famous Gulf Stream.

When fishing in the winter, it’s all about the rockfish, Bluefin Tuna, Seabass & Tautog.

As the stripers begin to head for the ocean, other species emerge from their winter haze and begin searching for a meal. Among the different fish that begin being landing in the early spring include   flounder, sea bass, and tautog.

By the middle of the spring season, the black drum move into the Chesapeake Bay, with most being found in the Bay’s northern region. As the water warms, the drum will find a home at the   Chesapeake Bay Bridge Complex. Some of these fish are real brutes! Although the big ones aren’t good to eat, they’re a lot of fun to catch.

At the end of April or the beginning of May, reds are available, including some hefty individuals. Redfish are often landed at night, and they’re great table fare. Anglers can usually catch the reds until   the middle of May Cobia, Spanish Mackerel, Bluefish, King Mackerel & false Albacore Start to show up & stay til nearly October.

In late spring, huge schools of Atlantic spadefish can be found in the Bay and at the Chesapeake Light Tower. These beautiful fish can be tricky to catch because of their small mouths, but they put up   an admirable battle once hooked. Because of their sheer numbers, spadefish are great targets for beginners. Starting about May, Along with the Yellowfin Tuna, Mako sharks show up offshore. These are very exciting fish to tangle with. They’ll often jump, leap, and tail-walk like a billfish.

In Summer, the Amberjack, cobia, and king Mackerel show up. Fish for them around the Chesapeake Light Tower and around bottom structure like man made reefs and wrecks. In the Summer, panfish   like croaker and whiting are easy to catch.

Tuna usually show up in mid-May and can be found offshore of the coast of Virginia Beach near underwater canyons and deep trenches.

Late summer inshore is a great time to catch tautog, triggerfish, and sea bass. These fish species love underwater structure, so fish for them around towers and wrecks.

In the late summer & Fall is some of the most exciting fishing of all offshore. With Tuna& Mahi Mahi still in the mix most boats are targeting the beautiful Blue Marlin, White Marlin & Wahoo That appear in the deep blue warm waters of late summer. Wow! That’s an entire year of great fishing off the shores of Virginia Beach

Are you Ready For Some Deep Sea Sportfishing in Virginia Beach?    Book your charter today!!

CHECK OUT OUR GOOGLE REVIEWS! 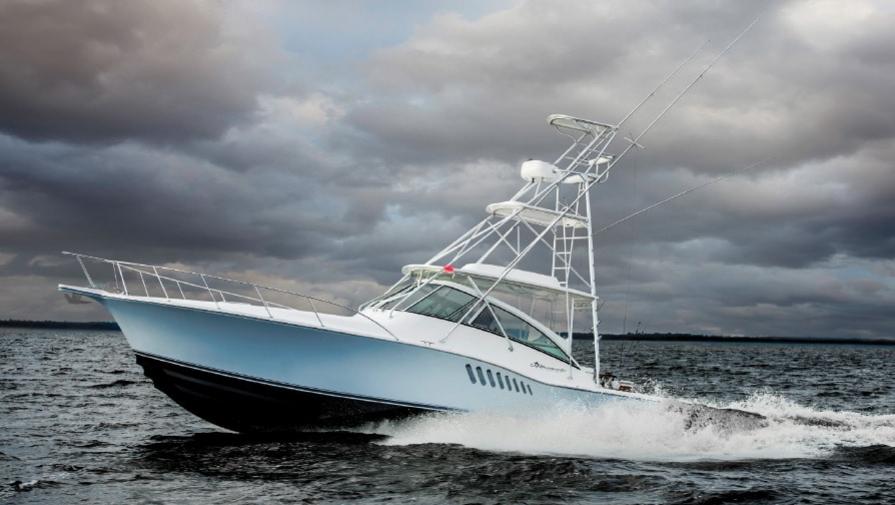 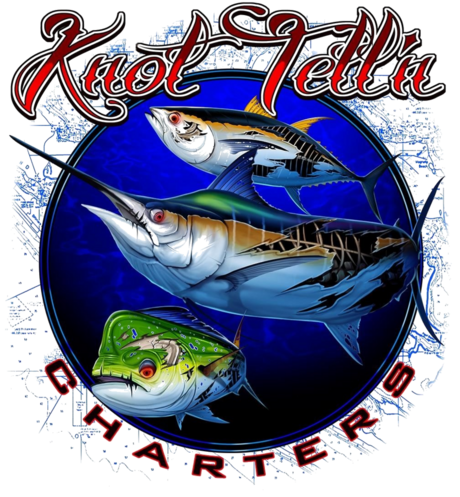 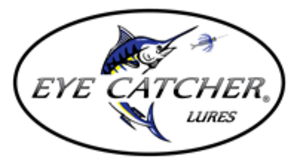 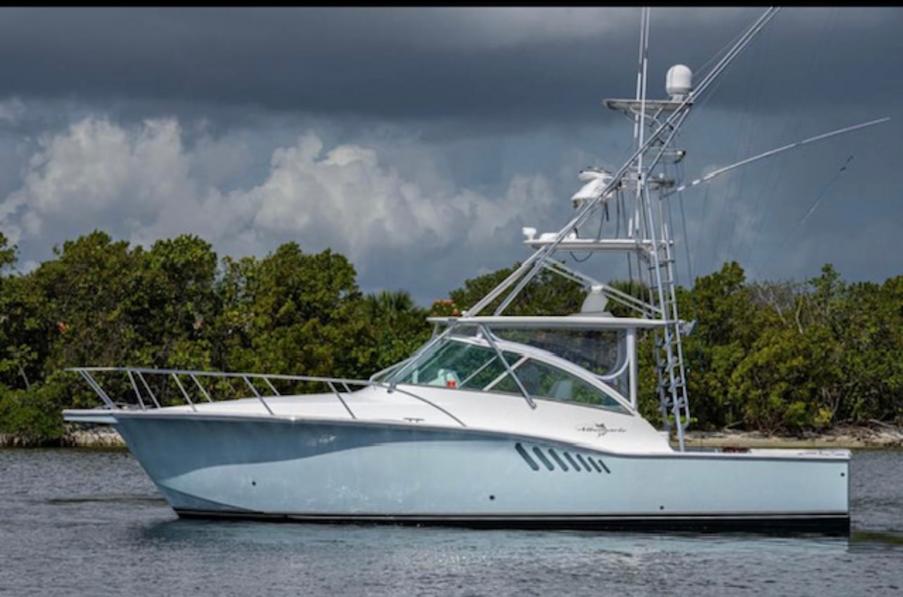 ​
January - Blufin Tuna are in the offshore waters & Inshore Striped Bass fever is in full swing in January in Virginia Beach. This is peak season for catching a 'Rockfish,' the local name for the Chesapeake Bay's favorite fish. Don't forget about Tautog & Black Seabass. Also...  Look for migrating Humpback Whales during your trip!
February - Striped Bass fishing continues to light up the Chesapeake Bay. Bring in these hard-fighting fish until your arms hurt. This will warm you up regardless of what the grim February weather throws at you.

March - Temperatures finally start to rise into the mid 60s by the end of the month. This is not the peak season for fishing but you can catch yourself a good deal at a hotel, if not some Striped Bass, Seabass, Tautog and Speckled Trout.

April - As temperatures start to get serious about transitioning to spring, so does the fishing. Yellowfin Tuna start to appear offshore, with Bigeye & Mahi Mahi hot on their heels. Inshore, Black Drum and Speckled Trout are biting.

May - Spring is definitely here, and peak fishing season starts. Everything is biting from now through October. Look out for big Red Drum, Black Drum, Cobia, Spanish & King Mackerel on the oceanfront & large schools of Yellowfin tuna & Mahi Mahi offshore of Virginia Beach.

August - White Marlin, Mahi Mahi & Wahoo fishing gets even better than ever, while Blue Marlin remains excellent. The Virginia Beach Billfish Tournament makes the most of the bite. Closer to shore, catch Red Drum and Cobia.

September - Temperatures cool and the crowds disperse. And while hotel prices might drop, the fishing doesn't. This is peak season for Bigeye and Yellowfin Tuna, Blue & White Marlin and yes WAHOO!  Inshore Big Red Drum and Speckled Trout are the talk of the town.

October - October is most certainly fall, and you will find the cooler temperatures agree. But if fall means one thing in Virginia Beach, it is KING MACKEREL. The best thing is, most of the other summer species are still around too.

November - Along with Stripers, November means fishing for Speckled Trout, Puppy Drum, Tautog, Flounder, and Sea Bass. Offshore, Yellowfin Tuna is still going strong, and the occasional Bluefin Tuna may even come in close to shore.

December - Only the hardiest of fish remain in Virginia Beach in the winter. But hey, what does that matter when Bluefin Tuna, Rockfish, Tautog & Seabass is as hardy as they come? A festive meal of big Striped Bass never hurt anyone.